Tokyo, January 19, 2023 – In response to the travel demand during the summer season, ZIPAIR Tokyo announced its decision to operate daily flights between Tokyo Narita and Singapore International Airport. In addition, the carrier will temporarily offer daily flights between Tokyo Narita and Honolulu International Airport during the spring season and throughout Golden Week. 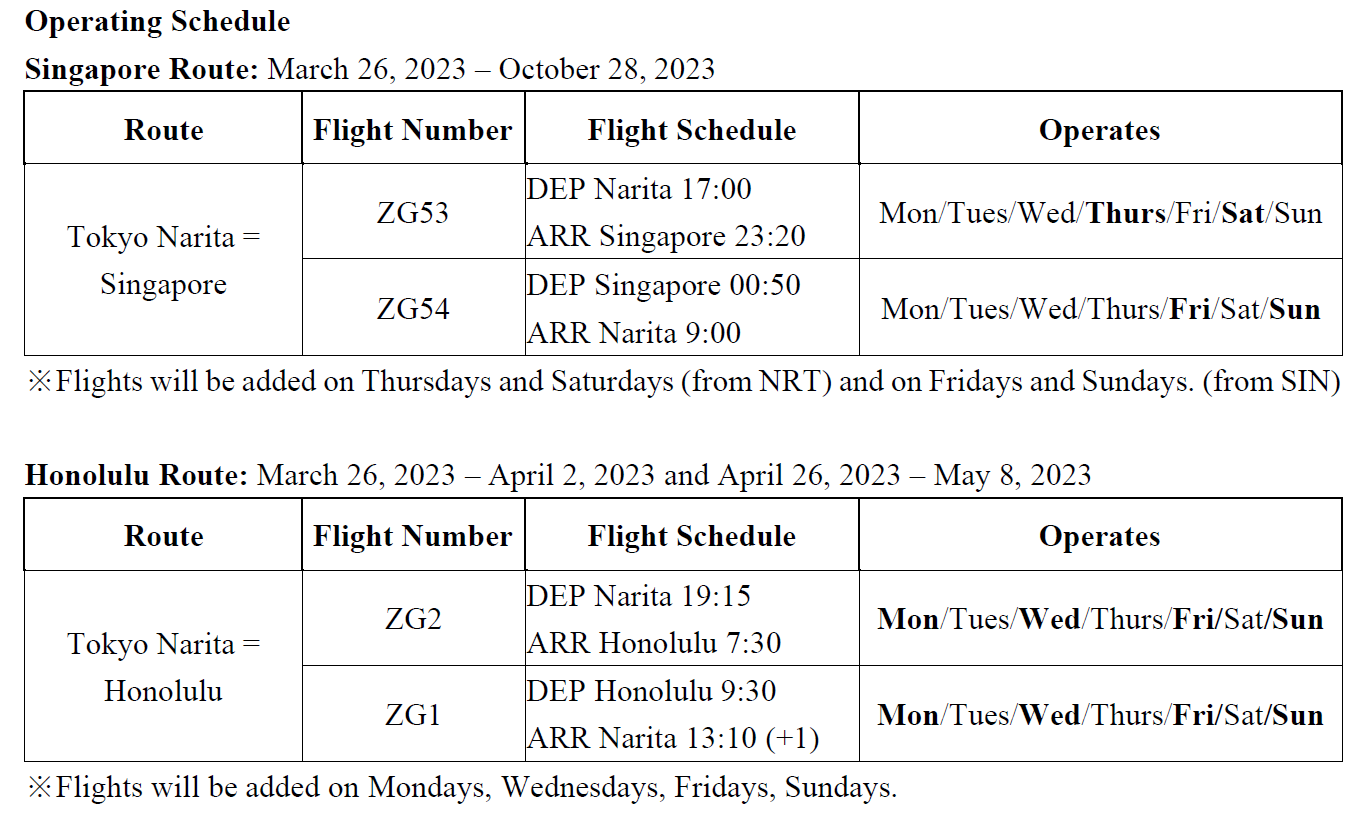 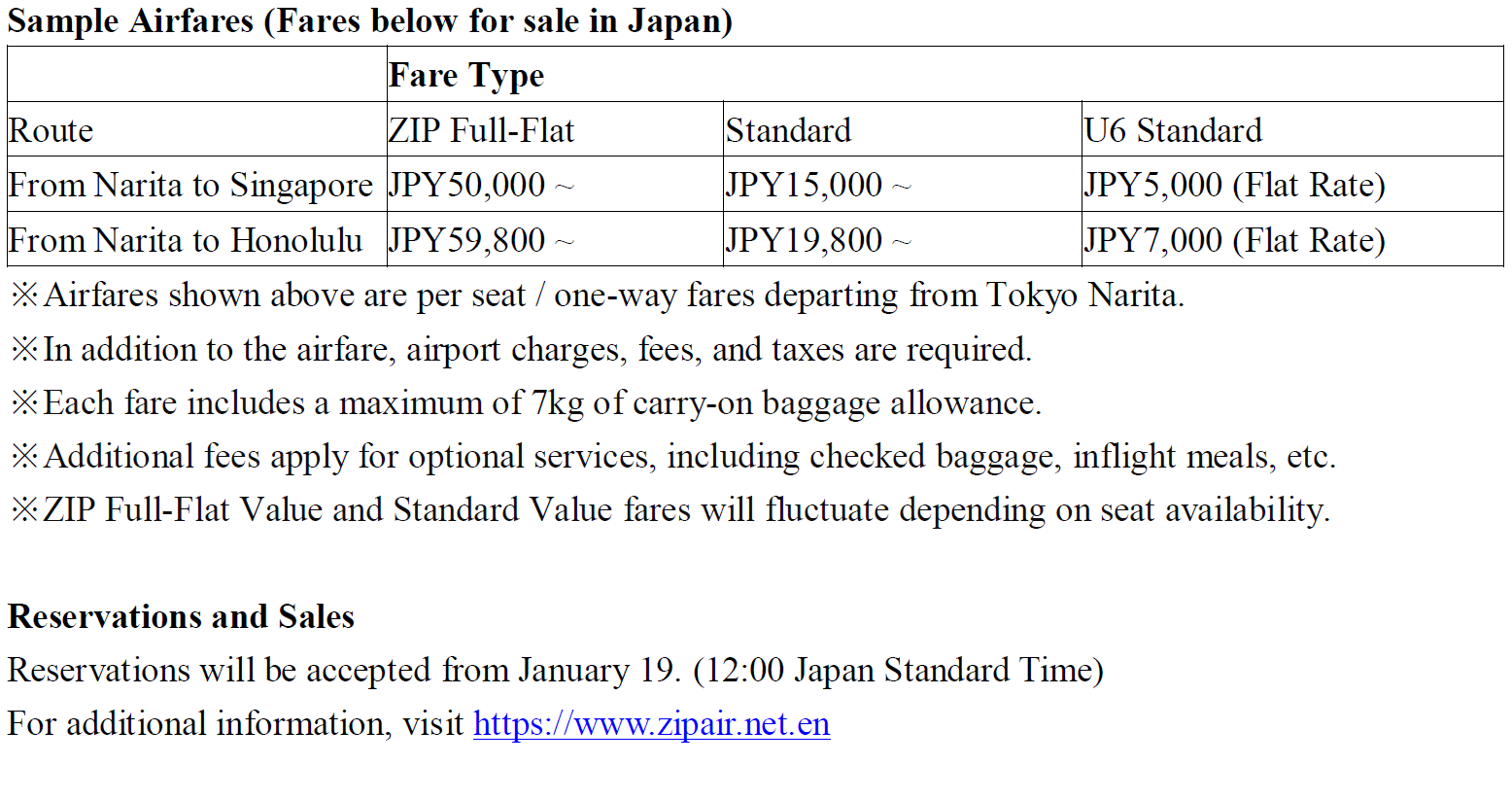